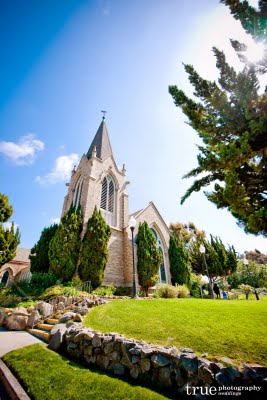 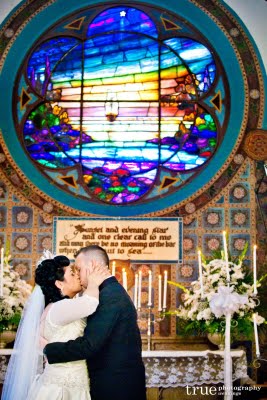 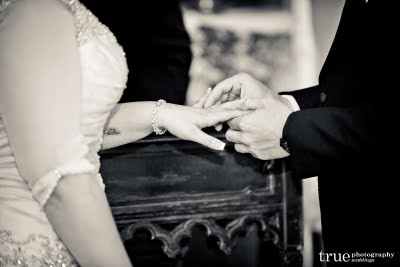 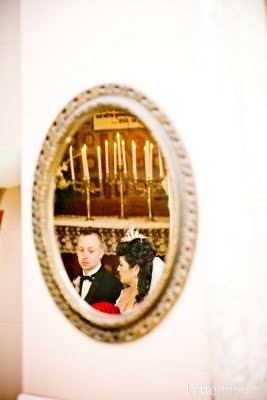 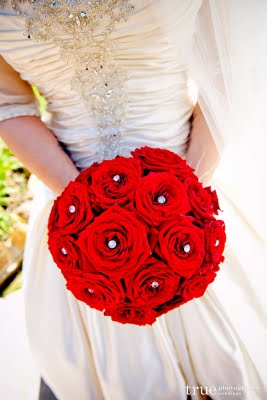 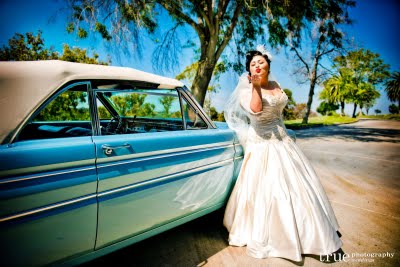 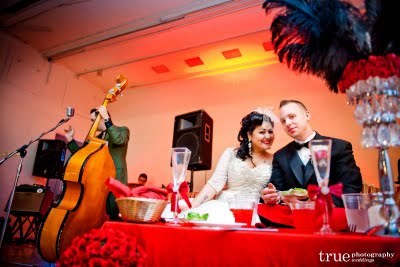 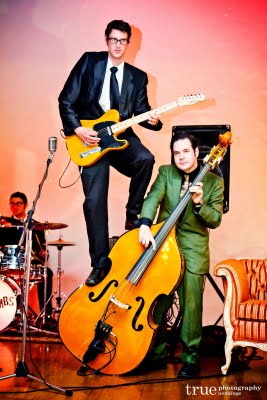 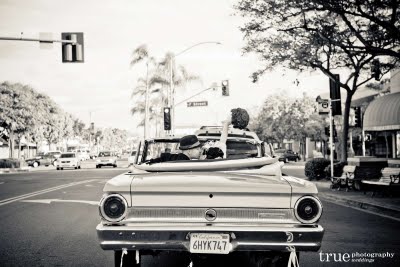 Vanessa Married Justin On April 22nd, 2011 at The Glen Abbey Chapel. The couple had decided on a 1940’s theme for their wedding and it carried through from the ceremony to the end of the reception. The creative details that Vanessa put into every aspect of her wedding day played perfectly into her 40’s Movie star theme. The theme played through from the hair styles of her bridesmaids to the suits the groomsmen wore. You felt like you were in an old black and white film.
My favorite details of her wedding day were so numerous I can’t even name them all, but here are a few. The vintage car the couple rode in absolutely gave a throw back feel to the end of the ceremony. The Cigarette girls at the reception who passed out old fashioned Coke bottles during the black and white film the couple created was an added surprise for her guests. The Big Band that played during the reception kept the guests on their feet for most of the night. Vanessa even created a movie star dressing room effect for the ladies in a parlor space, with boa’s, lighted mirrors, and hand gloves. She really thought of every detail to make her 1940’s theme come to life. The couple even had movie style posters made of themselves, and guests got to take home vintage picture frames with stylized shots of the couple in 40’s garb. It was quite the sight to see.
If ever there was a period style wedding this one took the cake….No pun intended:) Even the deserts created for the reception had the color theme and style in mind. Guests were treated to a stroll down 1940’s memory lane. And what a stroll it was. Thank you Vanessa and Justin for putting on such an elaborate event, and allowing me to be part of it!
Special Thanks to the Vendors who made this day possible:
Wedding Venue: Glen Abbey Chaple
Reception Venue: Womens Club of Chula Vista
Photographer: True Photography (Bob)
Band: The Buzzbombs
Catering: Top Hat
Deserts: Yum Desert Decor
Videographer: Snaps Films (David)
Rentals: Anar Party Rentals
By Blake Miller|2011-07-19T18:03:00-07:00July 19th, 2011|Uncategorized|1 Comment

About the Author: Blake Miller